skip to main | skip to sidebar

Love is a Camry

The Toyota Camry is the world's most popular medium-sized car. During the heady late '80s, Toyota's Japanese automotive engineers produced some of the the finest Camrys ever built. By '93, most consider that the dream* was already dead, along with other impossibilities such as virtual reality and the environment. 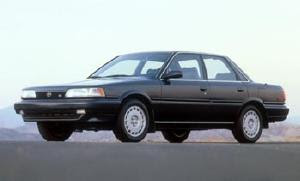 Here's a smart example of an '90 LE, in gun-metal grey or dark ebony. It's hard to tell which. Anyway, look at the way it sits on the tarmac, ready for action. If you've ever seen a panther or a dingo waiting to pounce on a deer fawn, you'll immediately recognise this stance as dangerous and real. 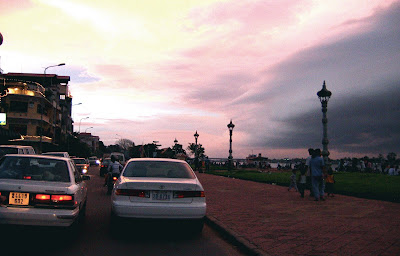 And here, above, on the mean streets of Phnom Penh, we see an '88 GX in Arctic White effortlessly cruise by the abandoned, broken-down shell of Asteroid Silver '95 GLX. 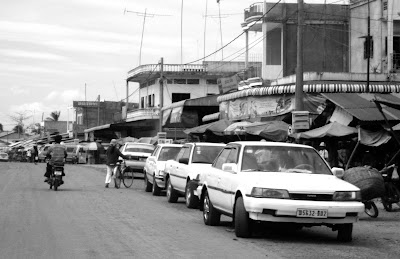 And here, in Kompong Trach, Cambodia, a trio of '89 Arctic Whites on patrol. Note the '91 GL in Ivory, keeping watch to the south. Thank goodness for four-wheel independent suspension. And those headlights - they're like tiny versions of the sun.

I'm sure some may take issue with my views on Camry's popularity. I'd happily fight you, but after reading this next bit, it won't be necessary. I mean, if the sticker on the rear windscreen saying 'World's Most Popular Medium-sized Car' isn't enough, then THIS will silence the harshest of critics. She was, simply, the greatest car the world had ever seen. 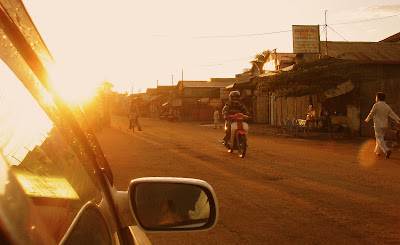 As the sun set on the 80s, automotive innocence was lost, replaced by optional CD decks, cruise control and a sportier body styling. Like us, the Camry could never go back to its youth. Times changed. The world is a different place now. But know this. The 'golden age' Camrys didn't just disappear altogether. To this day, along every dusty Cambodian street and potholed highway, something is happening. Something involving a late 80s camry, and up to 14 people, packed like sardines, cursing like fishermen. The late 80s Camrys were given their freedom from the free world, and shipped out across the oceans to spread their love to new frontiers. The late 80s Cambodian Camry is a survivor, given a new lease of life in a country of survivors. Like day and night, or a couple who finish each other's sentences, Cambodia and its late 80s Camrys are inseparable, completing each other. 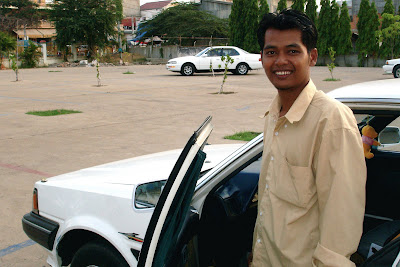 
* Oh, and if in the near future you see in your local Cambodian souvenir shop a snowdome with a 'Camrybodia' motif and a tiny diorama of an '89 Midnight Blue GLX on a palm-lined road winding through rice paddies, complete with red dust when shaken, then you'll know my dreams have come true.
Posted by Earth's Molten Core at 2:15 pm 6 comments:

Deeper into the Core